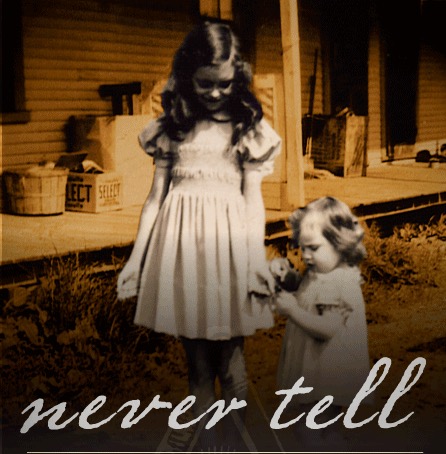 The 13th century poet, Rumi asked, “Who looks out with my eyes?” Lately, it has been my 6-year-old self.

When I was 6, a bad thing happened and I nearly died. I was hurt bad physically, but much more deeply in my heart and my soul. For a while, I was drifting away until the loving care of my Aunt Mae pulled me back and healed me up with nothing more than a few herbs, a tin bath tub and raspberry pie.

By the time, I returned home, I had no memory of what had happened. Mae had taught me to put the pain away in the inner-most doll of a series of Russian dolls. And under her care, I learned to read the whole of the first Dick and Jane book and add numbers all the way to 10. I had missed almost the entire month of September, but I was way ahead of the other kids. On the December report card, I came first.

I didn’t work my way down to that innermost Russian doll for 60 years. Only then did I learn her story.

For over twenty years now I have had to return to that child and try to address her despair and depression. It hasn’t worked very well. There are dolls around my house and teddy bears, a child’s rocking chair and certainly, I have catered to her love of reading. One of my best friends is my younger sister, whose newborn croup figured significantly in the ‘bad thing’. But the 6-year-old, let’s call her Jo as her maternal grandfather did, has been subject to what is best explained by the old spiritual, “Sometimes I feel like a motherless child/ a long way from home, dear Lord/ a long way from home”. (See my memoir Never Tell  at joycehowe.com

Naturally, she has sought to attach herself to substitute mothers, and to feel equally abandoned when these people didn’t do the job. One of these has recently pointed out that I have within me the power to deal with Jo and her insatiable needs myself. It was an offer I couldn’t refuse – not that I didn’t want to.

So I began the tearful task of confronting Jo’s feelings head-on. (I have described this process.)    https://115journals.com/?s=the+cure+for+pain

I thought twice a day meditations on the trauma would fix things pretty quick. On the 4th day, I felt sufficiently together to go to the grocery store. Rude awakening. Jo was so depressed I could barely concentrate. I weighed a bag of mushrooms at the self-check-out and put in the code for whole wheat dinner rolls. I tried to walk out without paying for 2 gallon jugs of spring water. The friendly helper finally decided I was just dotty not larcenous. I unloaded my groceries into the car’s trunk and sat in the driver’s seat getting a grip.

At home, I decided that little Jo needed more conversation, so I started to talk to her – in my head, I hasten to say.

Now Jo belongs to an earlier time, September 1942 to be precise – when things weren’t going well in the war. It was not at all clear that Hitler wouldn’t win and send his bad men knocking on our door even in the province of Quebec in Canada. Children knew as much about the war as the CBC was permitted to tell us while we ate our dinner at noon and we understood how dire things were because we eavesdropped on adults in the time- honoured childhood way. That’s not to mention the school propaganda campaign that had us dragging in carts of glass bottles, tin cans, newspaper and stinky leftover fat to win the war.

Moreover, we were not only poor, we were rationed. Butter, eggs, lard, sugar and even molasses, the stalwart nutrients of any poor family were hard to come by.

As a result of this background Jo burst onto the scene full of -not grief – but wonder and curiosity. I spent a whole evening explaining – in my head. Her daddy had told her about the fact that after the war, radio would have pictures. She hadn’t believed him, but seeing it was not surprising. She had seen a refrigerator in the house across the street, but could I make ice cream like our neighbour. It was an exciting evening. Jo just would not calm down. In between these lessons, I reminded her that I was a big person now and I was her mommy. I didn’t choose to watch anything scary on television, but I did have to sing three verses of Amazing Grace. She was disappointed that my voice had got old, but it improved on the third rendition.

Today, she is quieter, but I know she isn’t going to let me bury her back inside that Russian doll and I can feel her looking out of my eyes.

Who Says Words with My Mouth

Who looks out with my eyes? What is
the soul? I cannot stop asking.

If I could taste one sip of an answer,
I could break out of this prison for drunks.

I didn’t come here of my own accord,
and I can’t leave that way.

Whoever brought me here will have to take me home.