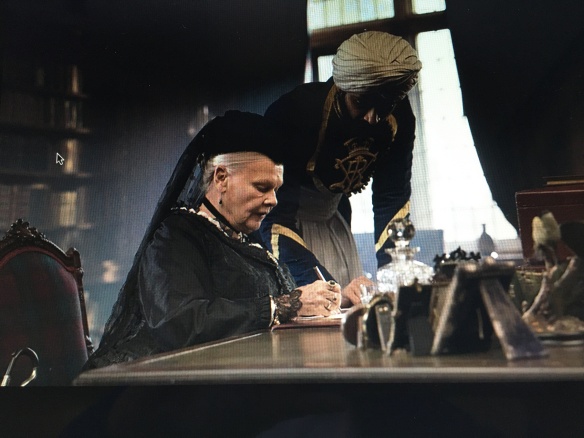 As Queen Victoria lay dying, her friend and Munshi (teacher) Abdul Karim had a few minutes alone with her. Abdul was a Muslim from Agra, India, a prison clerk, who had been selected to present a medal to Victoria, Empress of India, primarily because he was tall. Victoria subsequently became fond of him, made him an important part of her household and announced she would knight him. Meanwhile, he taught her Urdo and some of the wisdom of the East.

As he leaned over her death bed, she whispered that she was afraid. He replied, “Let go, Little Drop, you will join the great ocean.” These, he added, are the words of Rumi, but it is Allah who is the teacher, implying that neither he nor Rumi deserve such credit.

As they talked, Bertie, her son and the future king and her grandson, Germany’s Kaiser, waited outside along with the other high-ranking members of the royal household.They were not best-pleased. They had tried to stop her from making Abdul a knight by threatening to have her declared insane. She replied by listing her manifold shortcomings – rheumatism, greediness, morbid obesity, dullness, etc., but declared she was not insane. She had ruled the British Empire 61 years and 234 days and she was not about to step aside. (In fact she ruled, in the end, 63 years, 7 months and 2 days, surpassing even George III. Since then, of course, another queen has beat her record.) Judi Dench portrayed Victoria’s repudiation of her court’s rebellion by announcing she would dub no knights that year, but she would make Abdul a member of the Victorian Order of Merit.

The story is based on fact – mostly – including Abdul’s journal, which managed to escape Edward VII’s (Bertie’s) pillaging of Abdul’s effects once his mother was dead.

Judi Dench is old enough to depict the physical decline of Victoria in her 80s. There is a scene where she sits in her night clothes at her dressing table, her long, straight hair hanging down, her ravaged face registering her disappointment that Abdul has misled her about the Muslim role in the Indian Mutiny. (It was the Muslim, not the Hindu, soldiers in the British army that threw down their arms: they had heard their guns were greased with pig fat. Wholesale slaughter ensued.) Watching that scene is particularly affecting for an older woman like me even though “she doesn’t look her age”. It set me up nicely for the death scene. I had to keep hitting pause in order to wipe my glasses.

Rumi’s poetry, translated by Coleman Barks, has been a great comfort to me, especially his Book of Love. I read Blake his poem called The Gazing House just before he passed. Blake was apparently unconscious but I knew he could hear.

On the night when you cross the street
from your shop and your house to the cemetery,

you’ll hear me hailing you from inside
the open grave, and you’ll realize
how we’ve always been together.

I am the clear consciousness core
of your being, the same in ecstasy
as in self-hating fatigue

……
And don’t look for me in human shape!
I am inside your looking. No room for form
with love this strong.

Victoria and Abdul had that kind of love despite the 60 years and class and race that lay between them. His last words to her are “You are going to a safer place.”

Meanwhile, we must be patient. 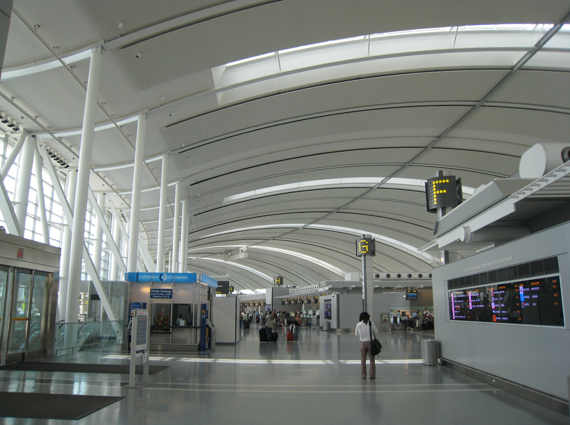 Toronto Pearson Airport 6:30 a.m, a Monday. The septuagenarian hobbit is about to learn a lot.

Lesson 1: The physics of a rolling object 1.0.. The new large roller suitcase isn’t as easy to roll as they claim. The carry-on rolls better. The bigger problem is how to co-ordinate two rolling bags.

Lesson 2: Times change 1.0. I’m already checked in on-line. I’ve already paid for my checked bag. What the –? I have to print my own baggage tags. Do the check-in kiosks do  that? The very tall man in front of me, who hasn’t checked in yet – how old school- assures me they do. Then an attendant, one of a rare breed, identifies me as old. Helps me flatten my passport, sticks the baggage tag on, scans it and send me off to find the E entrance.

Lesson 3: The physics of rolling objects 2.0. Should have got a push trolley. E is half a kilometer away. The big bag weighs at least 23 kilograms.

Lesson 5: How to Queue. By spreading my feet and doing a high sit into my hips, I can keep from fainting in the dense, winding line. Tearing off the coat, scarf and tam I have worn against Toronto weather helps as well, as does chatting to the people behind and in front.

Lesson 6: Times Change 2.0. Eventually, I arrive at  another kiosk which also wants to read my passport and again, I have to flatten it with both hands. Then on to the next line with a real human being at the end.

Lesson 7: Times change 3.0. American Customs and Immigration officers have mellowed. In 2002, I was almost denied entry. I had family in the U.S. and it was felt I was going to stay. I bit my tongue and did not say, “As if.” I said that if I did, I would lose all my benefits. She let me through. Today I am asked if I am having a good day.

Lesson 8: Patience 2.0. At the security check, I am behind an older couple and their adult son. (They are probably younger than me.) Totally emptying his pockets is too much for the old guy. He thinks that’s an imposition. His wife puts her smart pumps in the bin. The next thing I hear is, “I have to take my shoes off too.” He steps through the metal detector which sounds its alarm. The officer tells him to step back. He is told to go through his pockets again. He is wearing cargo pants. He fishes out a wad of paper. He steps through again and again. Same result. I stand waiting for my turn. The officer uses the wand which squawks many times. I want to shout,” He has metal knee replacements.” I don’t. Dad is moved over to stand on a black square, facing the wall. Mom is stood on a second square beside him. A female officer joins the fray and both desperadoes are carefully patted down. Nothing. I pass through the metal detector. Dad is standing at the conveyor built, which is standing still. “My money’s in there,” he cries. Mine too, Dad. A second invigilator arrives. Much study ensues. Son has moved Dad back to sit in a chair. Mom stands beside him. “My shoes,” cries Dad as the belt starts moving. “Dad’s shoes,” Mom cries. “Get Dad’s shoes!” I pick them up and turn to Son, saying,”Dad’s shoes.” As I reassemble myself and claim all the valuables I have in the world, I hear, “Flashlight. It was a flashlight.” Right, can’t have seen many of those before.

Lesson 9: Perspective. The tall, rangy West Indian guy who lifts my checked bag onto the belt, makes up a special song to wish me on my way.

Lesson 11: How to count. My gate is F34. I set off on the moving sidewalks, pulling the carry-on bag. Near the end, it occurs to me that F34 is not going to come after F80. The moving sidewalk says, “Do not enter”. I need to hurry. It is boarding time. I begin to trot back – “boats beating against the current” (F. Scott Fitzgerald), but I am working up a good sweat, so it isn’t all bad.

Lesson 12: Self-worth. I am finally seated in 18D. A woman is in 18F at the window. She gets to see the Grand Canyon . I get to pee. We are both praying no one will claim 18E. He is the last person to board. He is 6’4″ with the weight to go with it. As he folds himself into his seat, he says, “I tried to switch to an aisle seat but couldn’t.” And can’t now, I observe to myself. Age before beauty.