Now What Am I Going to Do?  by Sheila Maloney

Why did I decide to write a mystery? Let me see.

I was living half way up a mountain, suffering from a serious lack of sensory deprivation. I was surrounded by extraordinary beauty and bored out of my skull. I had read every mystery available in the Kern County Library down the hill. I couldn’t afford anymore Kindle e-books. And I wasn’t aware of digital loans. I could watch TV only if I crashed in somebody else’s living room. Internet connection could be found only at a cafe, which still wasn’t licensed to serve. Anything. Besides the connection was so slow, it took hours just to buffer.

So not a serious writer. Not driven. Just bored.

On the other hand, I had built my long life around narrative, survived by it, studied it, taught it, got withdrawal if I ran out of it. So why not?

My friends in the mountain village, fearing for my mental health, brainstormed the underlying idea – eco-terrorism. Well meaning ecologists driven over the line by ideology. Or not. Three and a half years and eight rewrites later, back home in Toronto, I published Hour of the Hawk, independently as an e-book and POD (print on demand) on Amazon.

Six months later, 300 e-books have been downloaded. Free e-books. Twenty five paperbacks have been sold, 20 to the author, the others to her friends.

David Gaughran who generously shares his experience in independent publishing, helped me – virtually – to publish my first book, a memoir of childhood, Never Tell with his free book, Let’s Get Digital in 2012. Now I turned to his book Amazon Decoded for finer points on accessing Amazon’s best seller’s lists and his newest Strangers into Superfans. Reading and rereading, I slowly began to refine my idea of my ideal reader.

She was a cozy mystery reader!

➤ COZY: One of the ironic strengths of this subgenre is the fact that, by creating a world in which violence is rare, a bloody act resonates far more viscerally than it would in a more urban or disordered setting. READER EXPECTATION:
A unique and engaging protagonist: Father Brown, Miss Marple, Kinsey Millhone. The crime should be clever, requiring ingenuity or even brilliance on the hero’s part to solve. Secondary characters can be coarse, but never the hero—or the author. Justice triumphs in the end, and the world returns to its original tranquility.
Writer’s Digest Oct, 2015

A world where violence is rare -Bear Mountain Place, a remote village in Southern California – check
a unique and engaging protagonist –  Joanna, a 78-yr-old who has trouble recognizing faces, Clara, an 85-yr-old who has trouble seeing and hearing, set out to solve the mystery -check
a clever, ingenious even brilliant resolution by the protagonist – add visionary – check
Justice triumphs, order is restored – of course, with two such sleuths on the case – check

So what’s the problem?

In order to find my narrative voice, I had a number of portraits taken and this is what my narrator looked like. (Phillipa C., Dundas W. Toronto) 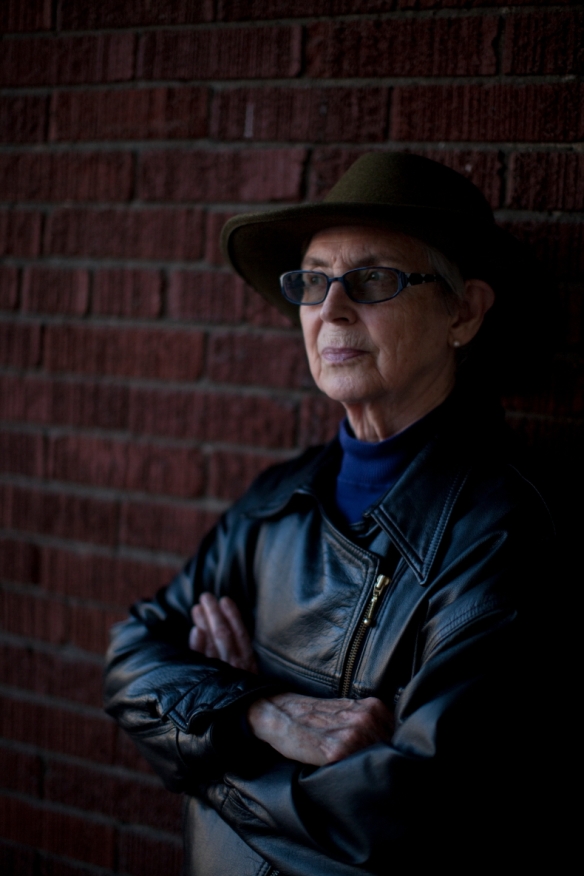 Gaughran told me to look at “Also Boughts’. (In my case, the term ‘bought’ has to be used loosely.) These included several cozy series including the Cupcake Series, (cozy mysteries often include recipes), several historical mysteries like Mona Lisa’s Secret by Phil Phillips, the Undertaker Series (sounds promising) and Everett by Jennifer Buff, a dark psychological suspense novel.

Oh, come on, Joyce, you did include a detailed description of a birthday dinner preparation in Hour of the Hawk. And it’s true  Clara has six cats, named Jazz, Poirot, Tennison, Sherlock and Columbo. It’s also true that Joanna, who is living with her, is allergic to cats and endures a sequence of 27 sneezes early in the book.

You, Joyce, are a terrible snob. Like most English Majors. Look how long it took you to lower yourself to reading mysteries. You were 67 when your friend Anna said she was reading Donna Leone’s Detective Brunetti series set in Venice. (A lot of Italian cooking there) Only then did you admit a reader could not live by Booker Prize alone. Since then you have devoured P.D. James, Ruth Rendall/Barbara Vine, Elizabeth George, Peter Robinson, Ian Rankin, all of the Scandanavian mysteries – even Jo Nesbo, as well as Icelandic, Michael Connelly, Lee Child. Etc. Now you have had to branch out to espionage novels. You have had repeated escapes from truly awful cliched books, some of which you actually undertook to review. Get over yourself. Admit you wrote a cozy mystery.

“Can I still keep the cover? (Jeremy Von Caulert, BLack Sunset) I love the cover. I’ll have to rewrite the blurbs. Okay, Okay, but only if I can call it a cozy mystery, plus.”

Hour of the Hawk  Chapter One: Too Many Bears

The bear came down from the mountain in late afternoon. She wasn’t hungry. She had eaten well, but she was missing the cub.

She turned at the bottom along the well-worn path, picking up the scent of honey in the distance, and closer up, traces of many other bears, including the cub. The cub was old enough to manage on her own now. There would be a new cub in winter. She was almost there when another darker smell stopped her in her tracks. Blood. Bear blood. She took it in. Not just any bear blood, her cub’s blood.

The man got home from work early. He was the boss. He could leave when he wanted. This bear thing had him all upset. All he had wanted to do was help his fellow creatures. They were hungry and starving in this four-year drought.