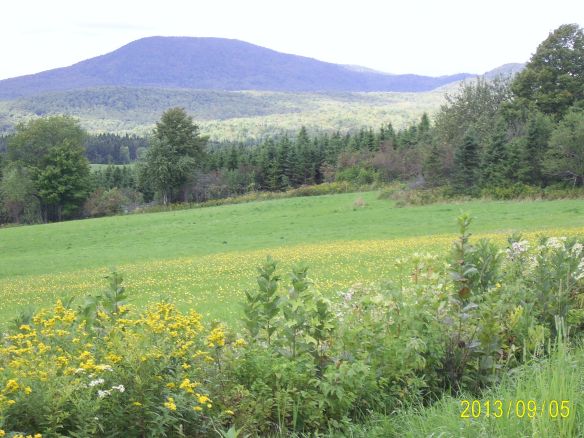 I read J.D. Vance’s Hillbilly Elegy not as a political explanation of why a crazy man is in the White House, or why a generation of white men is unemployed and opioid addicted – although it is both – but as a personal reflection.

At the age of 5 in 1941, having just moved to a small town 30 miles from the ‘hills’ I came from, I screamed, “Runaway horse, runaway horse”. My cries led to much merriment. It was the first time I had seen a horse-drawn van. When I was 12, a city classmate asked me why I talked and walked funny? I thought my difference was safely hidden inside. I set about immediately losing my hill twang and my bouncy stride in desperation to ‘pass’. The drama society helped immeasurably, although in my 6th decade, I still imagined I would drop the crystal wine glass, and somehow shatter it on the deep pile of the Persian carpet. I knew how to behave in a five star hotel, but I wanted the staff to stop grovelling.

J.D. Vance poses the question: how can a hillbilly develop the confidence to go to Yale, become a lawyer and write a best seller. He has always been J dot D dot, but he was born James David Bowman. After his father allowed his mother’s third husband to adopt him, he became James Donald Hamel. After that his mother, a trained nurse, went through a string of men, a lot of alcohol and a good many drugs including heroin. J.D. was saved by his maternal grandparents, the Vance’s, Mamaw and Papaw. Their house near his mother’s was a refuge.

The Vance’s had left the holler in Jackson, Kentucky when Mamaw got pregnant at 13. Papaw was then 16. They went north. She lost that child, but Papaw got a job at the Armco. He enjoyed a drink or two with the other Kentuckian immigrants.Whole families moved up to Middletown at Armco’s encouragement. Out of the coal mines into the steel mill. Mamaw eventually kicked her drunken husband out, but he had reformed by the time J.D. needed him. It was true even in her old age, Mamaw could still take down grown men and did so whenever necessary.

My family came from a northern branch of Appalachia in Quebec, and twanged and drawled more New England than southern. When the war ended in 1945, my 4H father lost his job to a returning  veteran. He moved us in a borrowed gravel truck to Ontario. My seat was in the gravel bed wedged among the furniture under a moldy tarp . I was armed with a package of Asper gum to quell motion sickness and a flashlight to be used only in emergency. My companion was a 14-yr-old Ontario boy, Daddy’s moving assistant. In those days, before super highways, the distance measured 800 miles and took all night and well into the next day. I remember only the first hour. The banging and bumping of shifting furniture and the steel gravel bed, hitting the tarp, trying not to throw up or panic is mercifully all but forgotten. The gum and the game of shadow animals had lost their effectiveness. I was convinced that my parents and two little sisters were forever gone. A gravel truck bed doesn’t access the cab’s window. The gravel never has to pee.

Thus we arrived in the much more advanced province of Ontario, Canada, in true hillbilly fashion, and finally ate sandwiches for breakfast on the grass at the side of the road.

We ended up eventually in the heavy industry town of Hamilton. Three of my mother’s five brothers arrived in due course to get jobs at Stelco and turn into alcoholics. My father never needed any help achieving an altered state. He could turn on a dime, faster than we could duck and run.

Violent, alcoholic, check and check, but did we have the Kentucky code of loyalty to family. I don’t think so. J.D. got in early, clobbering boys who said as little as “Yo Mama.” If anybody needed clobbering around me, well – I was the oldest, girl or not, and my weapon was mainly a loud, nasty voice. Once, all four female family members jumped on his back and took down our father as he whipped the smallest Then hurled his belt into a hay field. By the time he found it, he was sweating and not in the mood anymore. I want to say he was giggling, and perhaps he was, but my father’s giggle was just another danger sign.

In short, our family home reverberated with loud verbal and physical violence as did Vance’s home with its serial father figures – he said living with his mother and one ‘Matt’ was like witnessing the end of the world- as did the homes of hillbillies in general.

Vance’s grandparents still had strong ties to Jackson KY which was only three hours away and they visited often reinforcing the values of family loyalty, hard work and hard play.

As a 9-yr-old, I was convinced we could never go back to the hill. I would never again see the great aunt who had taught me to love Jesus. She had also helped me become a friend of an older cousin. His mother was ‘the teacher’ at the one-room school, and he was going to university himself. Never again see the ‘rich” and educated woman across the street I had befriended when I was five.

My mother grieved as though she could never go back. On the hill, she had had all of the women she had known since childhood, no matter how annoying, as backup. In the small town, she had had her cousin from the hills at the other end of our rented triplex. Now she had no one and she lost her mind. She locked me in a trunk. If not for my 3-yr-old sister, I would have stayed there until my father came home from the gravel pit in Orangeville the next weekend.

Still I did well in school. I was determined to. It made my father proud.

Vance was not such a good student. It was hard for him to find a quiet refuge to study, except at his grandparents. Fortunately, my father worked two jobs. After supper, I could count on the time until midnight to quietly study.

As well as his more or less stable grandparents, J.D. had his Uncle Jimmy Blanton who flew him out to visit him in Napa Valley. These visits and trips with his grandparents expanded his possibilities. When J.D. graduated from high school, he knew he was absolutely not ready for college. He joined the marines. In three years, including a stint in Iraq, he learned an altogether different code of living – disciplined, orderly, self-controlled,   He came back to do three college years in two, and to get admission to Yale law school. He credits one of his professors for mentoring and guiding him. And most of all the woman he fell in love with and married.

The boy I fell in love with came from working class Yorkshire, England, but his mother worked as a secretary in a law office and was a terrible snob. I was way beneath her son, but caving in to the inevitable, she took up my education, lending me books I hadn’t found in libraries, introducing me to English eating, gin, sherry and trifles. Then I escaped my violent home by insisting on living on the university campus. There the dean of women and all the middle-class girls continued my training in social niceties. I even ended pouring the tea at one of our white gloved afternoons. The manager of the retail department store which had given me money for tuition, was fond of asking me to pour tea for his guests. Much to my humiliation, for I had to sit still while he praised for 5 minutes. Hillbillies don’t cowtow.

The coal mines in Kentucky shut down. Armco and Stelco went steadily downhill as car manufacturing turned from solid steel to steel frame and plastic. My mother, who had worked in an aluminum plant, and the two uncles who stuck it out in steel, died young of cancer. My father stayed on as a mechanic at Ford, Oakville until he retired.

The three girls in my family earned degrees and had careers. Our dyslexic brother got his education on the road -Europe, India, Afghanistan, Turkey. He married a Belgian French girl and made a career in film and antiques. He never in his life borrowed money until a few months ago. In the 3rd and 4th generation, most have college degrees and all have jobs, although one is caught up in the gig industry. Economic downturns have left some of us the worse for wear. I no longer own my home, for example, but I am constantly surprised that we didn’t end up homeless addicts considering our impoverished and abusive beginning.

J.D. Vance’s book is called Hillbilly Elegy, a song of lamentation for the dead. In this case a whole class of people, without cohesion or identity. Gone. The hillbillies had valued family loyalty, hard work, God and the American Dream. They moved north in large part to give their children a better future, as our father did. When industry failed and they couldn’t get work, they continued to pay lip service to industriousness, even though they never worked a day in their lives. Vance says they practice avoidance and wishful thinking, living on welfare, addicts and alcoholics, like his own mother and her string of boy friends.

Our hill culture has been assimilated. We live in Ontario, California, Belgium and Boston. The hill itself is nearly depopulated. The fields, so laboriously cleared, are going back to trees -plantations and wild woods. I keep a picture of our mountain on my computer. I do not think I will see it with my own eyes again.